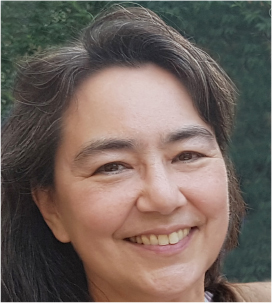 In 2017 Apple and Google Android announced native augmented reality (AR) functionality on their newest mobile devices and operating systems. A hitherto obscure technology suddenly was trumpeted as the most important new feature of our most essential personal devices. Free AR apps have been available on mobile devices since 2010, but the mobile phone giants’ support bring AR’s potential for creating personal, portable Urban Screens into the mainstream of our mediated 21st century daily lives.

The first mass AR craze was in July 2016: hordes of millennials who grew up with the Pokémon franchise took over streets and parks in many countries playing the geolocative AR game Pokémon GO. From that peak of 45 million users per day, a year later in summer 2017 this had stabilized to “only” 5 million users per day worldwide – but with 65 million active users per month.

In summer 2017 Snapchat brought out a dancing hot dog augment they claim was viewed 1.5 billion times. They announced a worldwide AR “art exhibit” of virtual Jeff Koons balloon poodles set in popular public places such as the Eiffel Tower in Paris and Central Park in New York – and anyone who was using the Snapchat app in these areas were notified immediately.

What does this mean for our daily life? Will we have to walk around with clunky AR glasses on our faces and endure flashing animated ads overlaid on our neighborhood streets in order to access our daily navigation and information needs? Will this bring recognition for AR as an artistic medium? Or overwhelm it with commercial advertising interests at the level of popular toy franchises and dancing hot dogs, and reduce “art” to click bait content we’d rather not even see?

Augmented reality can be so, so much more. Just as the telescope and the microscope allow us to see things that are really there but invisible to the naked eye, so can a site-specific AR app allow artists to enmesh the user in a web of experiences that allude to historical, cultural or fantastical connotations evoked by that location. The social media giants will persist in their clickthrough metrics, but curators and producers interested in deeper and broader artistic experiences in public spaces can also create portals to artworks that enrich our lives beyond the flash of eye candy.

Tamiko Thiel is an internationally acknowledged pioneer creating poetic spaces of memory for exploring social and cultural issues in virtual reality (VR, since 1994) and augmented reality (AR, since 2010). She was founding member of artist group Manifest.AR, participating in their path-breaking AR intervention at MoMA NY in 2010, and was main curator and organizer of their intervention into the 2011 Venice Biennial. As AR artistic advisor to the Caribbean Cultural Center and African Diaspora Institute she helped secure a Rockefeller Foundation Cultural Innovation Award for “Mi Querido Barrio” AR project on the history and culture of East (Spanish) Harlem/NY. In 2015 she collaborated with master calligrapher Midori Kono Thiel on “Brush the Sky,” writing their family history as Japanese Americans on the Seattle skies. In 2016 the Seattle Art Museum commissioned her dystopian climate change AR installation “Gardens of the Anthropocene” for their Olympic Sculpture Park. In 2017 she was GoogleVR Tilt Brush Artist in Residence, and in 2018 Visiting Professor for AR at the University for Art and Design Linz. In her first career she was product design lead for the Connection Machine CM1/CM2 artificial intelligence supercomputer designed in 1989 – then the fastest on earth and now in the collection of the Museum of Modern Art NY.