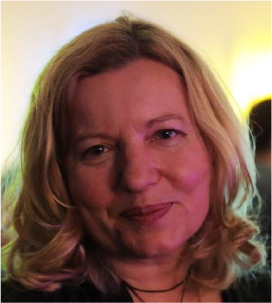 My longterm investigation as an urban media art curator and producer departs from the urgent question ‘what is the socio-cultural and translocal potential of commercially used urban screens?’ This exploration is facilitated by the Media Facades Festivals (2008 and 2010)1 and the Connecting Cities Network (2012-16)2 as a global, active, action research platform and practice field. One of the main goals of the network is to ‘reclaim the screens’ – inspired by the popular street art and activist movement Reclaim the Streets3 – and to redefine and explore the function of urban screens and media facades as hybrid places of shared encounters and visualization zones in critical reflection on the worldwide presence of large-format digital media infrastructures and the commercialization of urban environments.

Between 2012 and 2016, the Connecting Cities Network set up a worldwide network of 45 cities and institutions which tested and explored the communicative potential of different urban media environments through three curatorial strands and city visions:

With the collaborative curation and production of more than 100 artworks for urban screens, media facades and urban media environments, we experience new aesthetic forms, curatorial practices and urban interfaces of social interaction, translocality, participation and real-time generated data visualisations which open new perspectives of emergencies on ‘what urban media art can do – why when where and how’5. The best showcases with theoretical background are published in the book of the same title and clustered under five themes: Action, Shared Experience, Human Presence, Environment & Sense Ecology, and Placemaking. My contribution will include the ecologies of digital infrastructures, its curatorial practices, and methodologies of creating urban media arts.

Susa Pop is a curator, cultural producer, lecturer, and the artistic director and co-founder of Public Art Lab. She is also the initiator of Connecting Cities which is a worldwide network of urban media art environments and institutions. Having originally studied design and cultural management, she is interested in creative city-making through urban media art projects which foster digital placemaking, community building, and citizen science in urban space.

Susa Pop is a pioneer in the field of urban media art. She curates, and has initiated, numerous projects worldwide including the Media Façades Festivals (2008 and 2010), Innovation Forum Urban Screens (2011) with the German Ministry of Science and Education, Urban Media Network Berlin (2012), Mobile Studios (2006), the Bauhaus Festival (2012 and 2013) with the Bauhaus Foundation Dessau, Germany + Brazil Year 2013 (official opening with Goethe-Institute Sao Paulo on the large-scale media facade of the SESI Buidling), City Visions Jena (2015) in cooperation with the City of Jena and the International UNESCO Light Year, the international programme of the Guangzhou Light Festival (2015), Live Your City in Bangkok (2016) with BACC and Goethe-Institute Thailand, and the Energy Avantgarde Anhalt, Germany (2016). In 2012 Susa Pop co-published the book Urban Media Cultures followed by What Urban Media Art Can Do (avedition, 2016). Susa Pop has given lectures worldwide in the field of urban media art and gives seminars at the Bauhaus University Weimar and the Leuphana University.