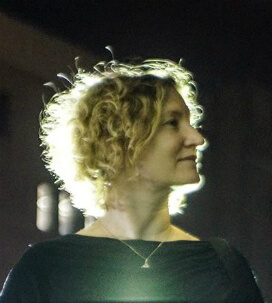 On Infrastructural Strategies and Tactics for Urban Screens

Public urban screens are material interfaces for engaging with the relations between urban inhabitants and the urban infrastructures in which they live and pass. This presentation reflects upon the relations between Shanghai’s entrepreneurial-state context for urban screens and the tactics of adjacency available to urban media artists and curators (and by extension urban inhabitants) for encountering them. Mainstream platforms and technological systems “generates movement” within the city, as critics of infrastructure have argued; yet “this movement creates possibilities for other new actions and mobilities to occur.” Urban screen infrastructures are thus productively approached in the performative modalities of the interface. Marking “a shared space of dialogue as well as a site of contestation and tension,” urban screens here sit at the razor-thin line between competing articulations of ‘adjacency.’ Indicative of the potentials of expression, experience, and encounter that might emerge in the proximity of otherwise unlike domains – here among unlike layers of urban infrastructure – adjacency is articulated by Out of Home urban screen industries in recombinant innovations that advance us toward new technological and urban futures. It is here where media artists and curators, however, have opportunity to take advantage of the layering of urban/screen infrastructures to potentiate other ways of being to be recognized in the city. Here, practices of adjacency can reframe the urban screen to make known the relations, encounters, movements, and sensations that otherwise sit in the shadows or interstices of our everyday lives in the entrepreneurial city.

Stephanie DeBoer is Associate Professor of Cinema and Media Arts/Studies in The Media School at Indiana University. Her work and research addresses the dynamics of place, space, and location for transnational and urban film, video, and screen media cultures. Often working in collaboration with other artists, critics, and scholars, her approach draws from such arenas as critical media and screen studies, critical geography and infrastructure studies, global/transnational/regional studies, as well as creative practice and digital humanities. She is the author of Coproducing Asia: Locating Japanese-Chinese Film and Media (U of Minnesota Press, 2014), and her articles have appeared or are forthcoming in journals such as Screen, Theory, Culture & Critique, and Leonardo. She is co-convener of the Screens Collective, which addresses fundamental questions concerning the potential of urban screens as sites of public contact.