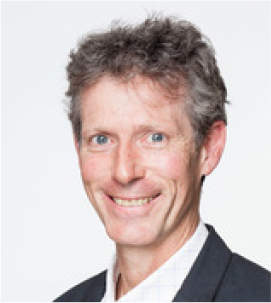 Urban Screens, Media Events and the Remaking Of Public Space

In this paper I will begin by exploring how the emergence of the urban screen asks us to reconsider our understanding of key elements of both urbanism and screens. I then want to leverage this exploration into thinking speculatively about the future of communication in urban public space.

The first urban screens appeared in the 1970s but already seemed to belong to the 21st century city. Modern cities had themselves emerged as distinctively media-dense environments characterised by new forms of technological imagery, lighting and display. Urban screens fitted this futuristic narrative of technological progress and were initially conceived as next generation advertising platforms for sites already renowned for their concentration of spectacular media. However, other possible uses were immediately evident, if rarely pursued.

Insofar as urban screens create a new social situation for the image—in which image becomes urban surface, and urban surface becomes media interface— they enable new modes of public spectatorship. If this experience draws from older traditions including cinema, art and broadcasting, it conforms fully to none of these. The urban screen belongs to a new phase in the relation between media and cities, in which networked digital communication becomes integral urban infrastructure. This is what I have called the threshold of geomedia, defined by a new spatialization of media within cities, and the opening of new forms of ‘real time’ communication and action across multiple domains of social life. This threshold signals the urgent need to rethink a range of accustomed settings and practices, including how we understand ‘media events’, as well as the implications of the contemporary embedding of data gathering into everyday communication practices.

Drawing on a range of practical examples, I argue that urban screens have the potential to play a particular and productive role in the new urban communication ecology, by supporting experiences of ‘publicness’ that bridge and expand different historical conceptions of the public sphere. However, realizing this potential will demand concerted action across a range of sites, practices and settings, involving new partnerships between architects and urban designers, artists, curators, media specialists, interaction designers and diverse publics.

Scott McQuire is Professor of Media and Communications in the School of Culture and Communication at the University of Melbourne, Australia. He is one of the founders of the Research Unit for Public Cultures which fosters interdisciplinary research at the nexus of digital media, contemporary art, urbanism, and social theory. His research explores the social effects of media technologies, with particular attention to their impact on the social relations of space and time, the formation of identity, and the functioning of contemporary cities.

Scott is the author of Visions of Modernity: Representation, Memory, Time and Space in the Age of the Camera (1998), The Media City: Media, Architecture and Urban Space (2008), which won the 2009 Jane Jacobs Publication Award offered by the Urban Communication Foundation, and most recently Geomedia: Networked Cities and the Future of Public Space (2016). The Media City has been translated into Chinese (2011, 2014) and Russian (2014) and Geomedia will be translated into Chinese in 2017. He is also the editor of Empires Ruins + Networks: The Transcultural Agenda in Art (with Nikos Papastergiadis, 2005) and the Urban Screens Reader (with Meredith Martin and Sabine Niederer, 2009), and has published over 100 essays in refereed journals, edited books and exhibition catalogues. He has been Chief Investigator on nine Australian Research Council grants, including current projects Aboriginal Youth and Digital Storytelling, and Creative Precincts and Urban Space. Scott was elected as a Fellow of the Australian Academy of the Humanities in 2013 and sits on a number of senior University committees, including the Executive Committee of the Melbourne Networked Societies Institute, the Research Unit for Public Cultures and the advisory board of the Microsoft Social NUI Research Centre.