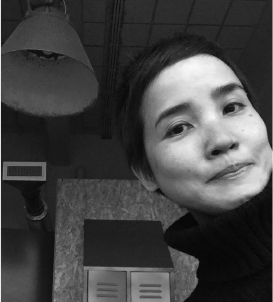 As cosmopolitanism has become evident in our urban environment, it proposes new challenges. The migration of people, commodities, and ideas is nothing new, but the level of complexity as borders become transcended has been heightened in the same proportion with technological speed. As such, the state of perceptual inertia occurred as a result of realities of simultaneity. We have become remote viewers. We see all there is to see, but lagging in concrete sense to comprehend. In this apparition, the visual in our urban environment found its new representation. It befits one unified field that is omnivident as a consequence to imply the loss of depth in the perception and loss of its effects in relation to the truth. All visual displays have been framed and merged into “the exhibition of the world,” in the sense of psychoanalysis per Jacques Lacan, and is at the very least our source of contentment. It is indeed the field of vistas given to anticipate, to provoke the gaze, and to be established for the subjects as a source to search for familiarity, for references, for alignments and truths.

Aime Pichaya Suphavanij is Head of Exhibitions and curator at Bangkok Art and Culture Centre. Her curatorial practice focuses on works in the field of visual and media arts using a multidisciplinary approach. She studied museum planning and conceptual design in the US and Italy. Her practice in the US from 1994-2004, planning and designing various exhibitions and museums, led to cross-disciplinary works. As Head of Exhibitions at BACC since 2008, her work includes planning as well as curating art. Her recent curated projects include Hear Here, sound installation exhibition, Bangkok (2012), Media Art Kitchen, Japan / Southeast Asia media art project (2013), Proximity, contemporary art exhibition, Poland (2014), Kuandu Biennale (2014), Taiwan. Drift, experimental sound project, Bangkok (2015), Urban Media: Live the City project, Bangkok (2015), Omnivoyeur, sound and visual exhibition and electrical walks of Christina Kubisch, Bangkok (2016), and Erwin Wurm, the Philosophy of Instruction (2017), Bangkok. Recently, she has received a grant from Berliner Künstlerprogramm des DAAD (Curators-in-Berlin Program of the German Academic Exchange) to research sound arts in connection with contemporary arts. Currently, she lives and works in Bangkok.