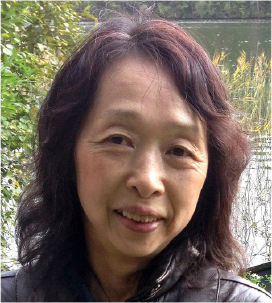 From the Movie Screen to Moving Screens: Life in Tokyo with Moving Images

The “street television” showing sport matches, which started in 1953 together with television broadcasting itself, is widely considered the origin of urban screens in Japan. However, this idea was realized much earlier with cinema. A picture from the 1950s shows an astonishing number of people gathering to see the moving image on the screen. The outdoor movie screening on summer nights became a tradition, providing a relaxing open space for families and neighbors to chat, eat and drink while watching entertaining films. Such screen practices were meant to offer excitements to be shared with others, which differed from the experience of watching a film at a theater as a more personal experience.

Screens are everywhere in major cities. In Japan, riding a train is the most common way of commuting. On the Yamanote Line that goes around central Tokyo, screens line the wall of each cabin. Standing passengers may be watching them while most of the seated passengers are glued to their mobile phone screens. These screens that travel together with the viewers are a reflection of today’s urban life. Giant fixed screens such as QFRONT in Shibuya no longer attract the attention of passers-by easily unless there is something special happening, such as interactive games involving the use of mobile phones.

Are mobile phone screens enough for everyday life? The recent phenomenon of “screening with cheering” at the cinema suggests there is an increased interest in sharing space and experience with others via screens. The popularity of public viewings and the “live” concerts by the virtual singer Hatsune Miku can also be seen from such an angle.

Today it seems there are two almost opposite attitudes toward screen practice that coexist – either to own a screen, or to share a screen, each possibly compensating for the other. In this talk about the brief history of public screens in Japan, this practice will be presented with supporting visual materials, followed by discussion on the current situation in Tokyo.

Machiko Kusahara is Professor at the School of Culture, Media and Society, Waseda University and holds a PhD in Engineering from University of Tokyo for her theoretical study on the interplay between media culture, technology, art and society. Kusahara taught media art theory and practice at IAMAS, InterMedium Institute (IMI), Tokyo Kogei University, Kobe University, and UCLA before joining Waseda University.

Kusahara came into the field of digital media in the early 1980s as a curator, critic, theorist and educator in computer graphics and digital art. Since then she has curated and wrote internationally while serving on the jury for Ars Electronica, SIGGRAPH, ISEA, Japan Media Arts Festival, and Hiroshima International Animation Festival among many other competitions. Her current research focuses on two related fields. One is media art in Japan including Device Art and Japanese postwar avant-garde art as its starting point. The other is research on early visual media in Japan including the magic lantern, panorama, and prewar optical toys from a media archeological perspective. Kusahara has written extensively both in Japanese and in English in both fields. Her recent essays on media art are included in A Companion to Digital Art (ed. Christiane Paul) and Routledge Handbook of New Media in Asia (ed. Larissa Hjorth and Olivia Khoo). An essay in English on the history of the magic lantern in Japan will be published later this year.