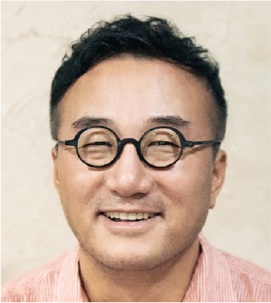 An important question for urbanization in the 21st century is how to create a sustainable global city while still pursuing economic growth. Looking at the history of urban change in Seoul – from developmental urbanization in the 1960s and 70s to speculative urbanization in the 1980s – these changes show a typical example of a city undergoing rapid economic growth. But behind the myths, there are many problems and challenges in society, culture and politics. These include social inequality, urban homogenization, and a lack of diversity and integration. Over the past few years, Seoul city has pursued a variety of policies that have evolved from “growth and development” to “sharing, coexistence and cooperation”. In the 1970s and 80s, the construction of facility-oriented cultural spaces such as the Sejong Center for the Performing Arts, the Seoul Arts Center, and the National Theater were the main focus. After the 1990s, the city sought to revitalize urban culture and tourism through various forms of culture and arts festivals. In the 2000s, Seoul is concentrating on revitalizing public spaces for urban design, the environment and the public, in order to display the “publicness” of urban space through projects such as the Dongdaemun Design Plaza (DDP), Cheonggyecheon, and Seoullo 2017.

In partnership with the Seoul Biennale of Architecture and Urbanism and the Seoul Station Area Urban Regeneration Centre, UK / Korea 2017-18, Creative Futures initiated the “Connected City” project. We asked several questions, in the Seoul context, of shifting from “growth and development” to “sharing, coexistence and cooperation”. First, in terms of sharing, coexistence and cooperation, what role should arts and technology play and what practices or projects can we, as creatives, provide for community and public engagement? Second, as the architecture, environment, space, and economic structure of Seoul changes rapidly and the city becomes increasingly more homogenized like other global cities (London, New York and Paris), how can we read Seoul local contexts and develop new creative approaches to create a unique urban cultural identity for the city? Third, in this era of digital technology, what can we do to change its direction towards human life, art, and culture, not just towards technology as a tool for people’s convenience?

At the symposium, I will share what Connected City was, its creative process, what lessons we learned and what the future of Connected City could be.

Prior to his 3-year commitment as Creative Director for the British Council UK/Korea 2017-18 yearlong season of culture, Kyu Choi has worked as a festival director, arts producer and researcher, building an expertise in theme-based creative practices with extensive experience in cross-cultural and interdisciplinary work.

In 2005 Kyu founded AsiaNow Productions to develop, produce and present innovative Asian contemporary physical theatre, dance and interdisciplinary arts. AsiaNow has played a producing and creative role in many theatre projects, including international co-productions of Stravinsky’s A Soldier’s Tale (2012), ONE DAY, MAYBE (2013), and Tale of Samulnori (2014). Kyu’s interest in fostering a new generation of Asian producers led him to initiate the Asian Producers Platform and APP Camp 2014-2017 in order to create a strongly linked network of Asian producers working effectively across the region. Kyu has also been active in teaching festival management, creative producing, and international market development.