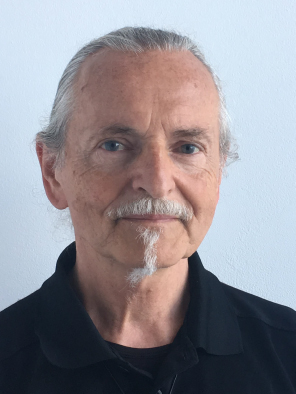 The well-being of the democratic process depends on the communicative and discursive vitality of the public space. Such vitality depends on the creation of psychosocial and cultural conditions for people to open up and fearlessly speak in public, as well as on devising aesthetic and media means for their speech transmission, and public reception. My work seeks to create such conditions through the use of especially designed communicative instruments and the appropriation of city symbolic structures as screens onto which meaning can be inscribed and re-inscribed, and thus exchanged.

In such communicative projects the priority should be given to those whose voice has been least heard and whose existential experience, and critical needs have been least known and publicly acknowledged. In building a better life for everyone, the voice of marginalized and neglected people must be heard first. Blank facades and blind eyes of lofty civic monuments face speechless and estranged city residents living in their shadows. Many residents, – these “silent monuments to their own trauma”, as well as the city monuments, themselves speechless and traumatized by what they witness – should be given a chance to join each other, break their silence, regain their voice and speak.

In this presentation, I will elaborate on the social, psychological, technological, aesthetic, and design aspects of my projections, and instrumentations developed with the less privileged city dwellers who for the sake of their own lives, lives of others, and society at large, have made use of such projects to appear, speak, and be heard in the public space.

Krzysztof Wodiczko is a Professor of Art, Design and the Public Domain at Harvard’s Graduate School of Design. He was born in 1943 in Warsaw, Poland, and lives and works in New York City, Cambridge, Massachusetts, and in Warsaw. He is renowned for his large-scale projections on architectural facades and monuments. He has realized over ninety of such projections in twenty countries. Since the 1980s, through his projections and communicative instruments, he works with marginalized city residents on enforcing their public voice and expression.

His work was presented at Documenta, Venice Biennale, Whitney Biennial, Yokohama Triennial and many other international art exhibitions and festivals. He is a recipient of 4th Hiroshima Art Price “for his contribution as an artist to the world peace”. He has held retrospective exhibitions at Walker Art Center, Fundacio Antoni Tapies, Muzeum Sztuki, Museum of Modern and Contemporary Art, Seoul, and other museums and art centers. He is author of Critical Vehicles, MIT Press, City of Refuge: Sept. 11, The Abolition of War, The Transformative Avant-Garde, and other books including a large monograph Krzysztof Wodiczko, Black Dog, London.